0
Gordon looked anything but a premiership contender in their qualifying final defeat against Newlyn last Sunday. In difficult weather conditions on a near perfect City Oval, the Eagles struggled to match their opponent after quarter time.
Newlyn kicked with aid of a strong wind that swirled rain all over the field during the opening term. Very little separated the two sides until Michael Nolan kicked the Eagles’ first goal at the eighteen minute mark. Immediately afterwards Newlyn’s century goal kicker Marcus Darmondy replied to level the score. Eagle Brad Horsham left the field with a serious knee injury and unfortunately could not take any further part in the match.  As the siren sounded a welcomed break in play the Eagles felt satisfied with their efforts into the wind. Scores: Gordon 1.1 -7 Newlyn 1.3 -9.
Forty seconds into the second quarter Adam Toohey put his team in front and all looked promising for a few fleeting moments. That lead was surrendered within the next minute of play, and never regained, as Newlyn dominated over the next two quarters. The Eagles had no answer for their well-structured opponent who piled on ten of the next eleven goals. By three quarter time Newlyn’s advantage had stretched to forty three points. Scores Gordon 3.4 – 22 Newlyn 10.8 – 68.
Goals to Ethan Crackel, Brendan Sutcliffe and two more for Adam Toohey bought some respectability to the scoreboard during the last term but Newlyn had “put the cue in the rack” to run out comfortable winners. On-ballers Tye Murphy and Ethan Crackel along with Isaac McCabe, Luke Gunnell, Jarrod Evans and Gerard Clifford were named Gordons best in possibly our poorest performance of the year. In a season where the entire group built new consistent standards this game was a disappointment and well below expectations.
In good news for the Eagles the reserves, under 18’s and under 15’s all won their matches.
This coming Sunday the Eagles face reigning premiers Beaufort and expect to see a lift in all areas, in what is a knockout semi-final. Your continued support is appreciated.
Hope to see you there.
Go Eagles!
Rob.
Final Scores Gordon 7.12 -54 Newlyn 11.11 – 77.
Newlyn
Goal Kickers: M. Darmody 6, M. Sewell, T. May, D. Lourey, D. Fishwick, L. Bull
Best Players: M. Sewell, D. Wehrung, M. Cosgrave, L. Campana, S. Carey, W. Carter
Gordon
Goal Kickers: A. Toohey 3, B. Sutcliffe 2, E. Crackel, M. Nolan
Best Players: I. McCabe, E. Crackel, T. Murphy, G. Clifford, L. Gunnell, J. Evans.
Second Qualifier Gordon versus Newlyn2019-08-192019-08-19https://gordonfnc.com/wp-content/uploads/2015/05/GFNC_logo.pngGordon Football & Netball Clubhttps://gordonfnc.com/wp-content/uploads/2015/05/GFNC_logo.png200px200px
Gordon Football & Netball Club
Follow Us
Looking for something?
© 2016 GORDON FOOTBALL & NETBALL CLUB INC. ALL RIGHTS RESERVED. | Website by Small Dog
Contact Us 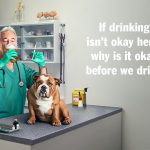