Coming off a disappointing six goal defeat in round 4, Gordon quickly answered any questions that may have lingered about their 2019 form with a commanding performance against Buninyong last Saturday.

It was apparent early that the Eagles were determined to ‘right the wrongs’ of its previous outings. Whilst the scoreboard showed a 17 point advantage to the Eagles at quarter time it was the attitude and effort of the home team that demonstrated to Buninyong that they were in for a torrid afternoon. Three first term goals to power forward, Brendan Sutcliffe and one to onballer Jordan Clampit capped an all-out assault by a group determined to reverse, what appeared to be, previous lacklustre performances.

The Eagles completely dominated the second term with winners all over the ground. Hard working midfielders fed the ball to speedsters Zac Ryan and first gamer Ben Schiltz whose precise foot passing set up another two Sutcliffe goals. The defensive group led by Captain Mark Gunnell were hell bent on, not only stopping Buninyong scoring, but were aggressive in setting up attacking moves into their own forward area.  The constant pressure applied to the visitors – with or without the football, saw goals converted by Matthew Hoy and Rohan Clampitt. Late in the quarter second gamer Isaac McCabe slammed through two rapid fire majors. The Eagles headed to the long break with a commanding forty one point advantage.

After half time Buninyong lifted its intensity but were stream rolled by a relentless Eagle group. With darkness creeping over the Nest the oval lights were switched on which seemed to further highlight the Eagles’ authority. Goals to the fleet footed Zac Ryan and another to Roh Clampitt along with a further three to the rampaging Sutcliffe, drove the winning margin out to 60 points.

Sutcliffe’s impact was obviously outstanding but it was the determined commitment of the entire team that Coach Ron Watt declared as “the best four quarter team effort” in his time at Gordon.

Unfortunately The Eagles now have two weeks off due to next week’s bye followed by the Worksafe Inter League game against the North Central League.

Our next game will be against our oldest rival Dunnstown on the 25th May. This game will be played at Dunnstown and will undoubtedly be fiercely contested.

As usual our games are a great way to catch up with each other but this game also presents the opportunity to say g’day to the ‘Ol Enemy’.

Hope to see you there.

Also some good news regarding Reserves player Ben Alexander who was transported by ambulance to hospital after injuring his back. Ben has been cleared of any serious damaged but has severe bruising – and pain. Wishing you a quick recovering Ben. 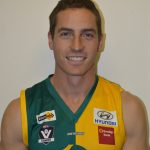 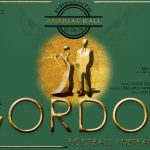